Sally-Anne is an award-winning comedian (Best UK Compere 2019 and Holsten Pils ‘Fans of Comedy’ award) and a sought-after corporate performer (with clients including Virgin Media and Alcatel).  She is also a regular compere at Glastonbury Festival.

She has proven her writing talents with numerous Edinburgh Fringe shows and can display a depth of material that marks out the best comic talent. She has performed all over the world and has provided tour support for Sarah Millican, Russell Howard,  Russell Kane, Hal Cruttenden and Suzi Ruffell.

She co-hosts a podcast called Spit or Swallow, along with Lou Conran.  Together they incorporate their love of wine, celebrity guests and drunk stories.

A journalist also, Sally-Anne has written for Standard Issue Magazine on a variety of subjects. Click HERE for an article on her hometown of Oxford, HERE for one on women in comedy and HERE for one about a school reunion.

"It's easy to imagine Hayward at the 02 or guesting on QI. She is a crowd-pleaser and a straightforward observational comic, but so are most of Britain's favourite comedians today. Hayward is easily the equal of any of them" 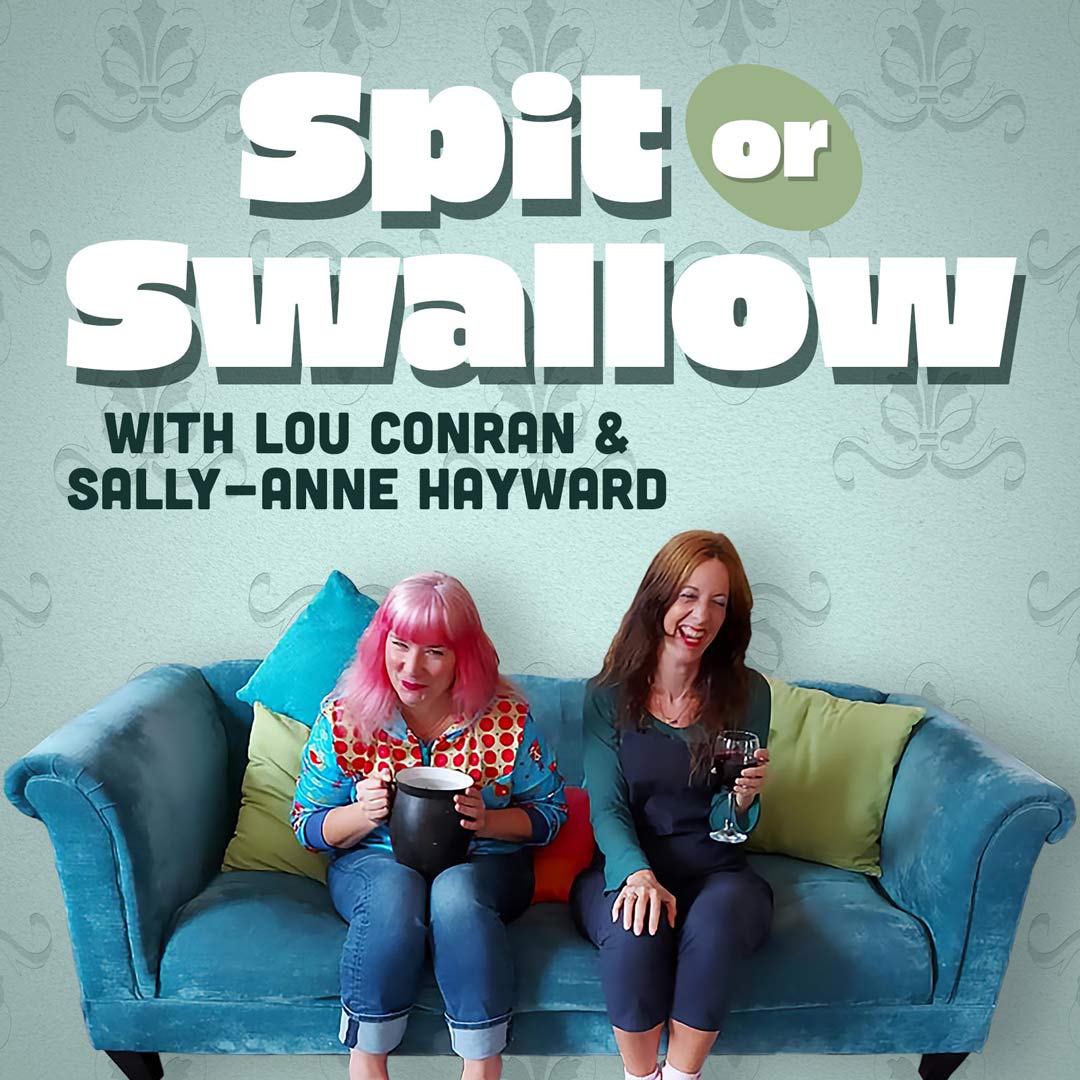 Celebrity guests join Lou Conran & Sally-Anne Hayward for a chat over a drinkiepoo of their choosing. Secrets & stories shared culminate in a final decision by Lou & Sally, as to whether their guests drink of choice is a spit or a swallow.